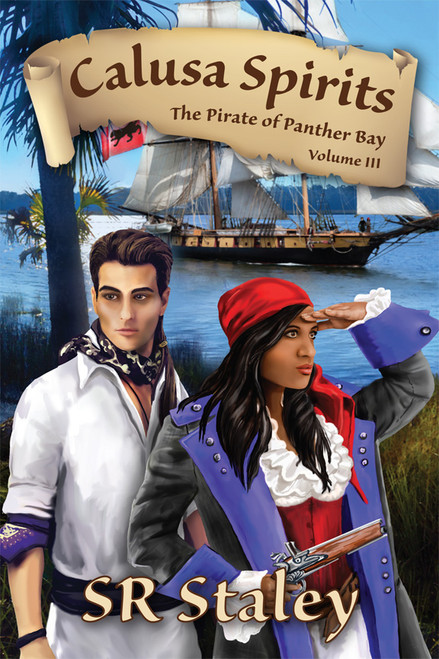 Ambushed by pirate hunters, Isabella, Jean-Michel, and Juan Carlos have little choice but to make a desperate try to outrun them. Isabella charts a course around Cuba and up the Gulf Coast of Florida, keeping her pursuers at bay as she makes a run for New Orleans and a shot at freedom. Their provisions exhausted by the cat-and-mouse game with colonial Spain’s Captain-General of the West Indies, they are forced to take refuge and search for food and fresh water behind the barrier islands in the strange, unfamiliar, and eerily calm waters of Charlotte Harbor. Little do they know a rogue band of Calusa Indians, long thought to have been banished from the southernmost reaches of La Florida, have risen again to challenge hostile outsiders, a last gasp at protecting their culture and way of life in wildest of the wilds, the Everglades.

The action doesn’t stop as Isabella and her resilient band of pirates scramble to save their lives in daring ploy to escape the gallows of a relentless foe. Will they make it past the Spanish and the start of a new life?