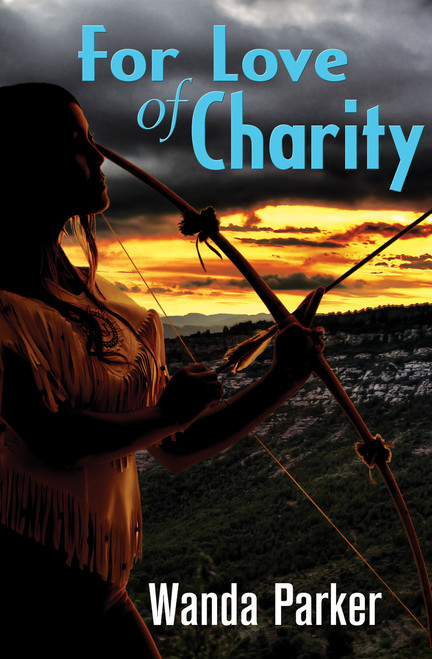 Charity was raised by the Larkin family after the death of her parents when she was thirteen. An inevitable engagement to the family son, Robert, resulted. Shortly before the wedding, Robert absconded to explore the frontier.

After the death of Robert’s father, Charity is tasked with the mission of finding Robert. He must know about the death and his inheritance. In 1755 it is not easy for a single, well-bred female to move around the frontier and ask questions. Charity solves the problem by impersonating a young man and signing on to carry trade goods and supplies to the Indians with a rough frontiersman, John Mason. Charity became Charles, a young man newly on his own.

John Mason, Charles, & Levi head out into the Appalachians and Indian country. Charles decides to take up the bow and arrow after the first Indian attack. Hiding the fact that she is female becomes harder as the days go by. Charity dislikes John Mason intensely, but he is her only clue and chance to find Robert.

Danger comes from many directions. Indian attacks, hazardous terrain, swollen rivers, and dangerous animals keep the traders constantly on alert. As each challenge is met, Charles finds her feelings toward John are changing. What will happen when Charles is revealed to be Charity?