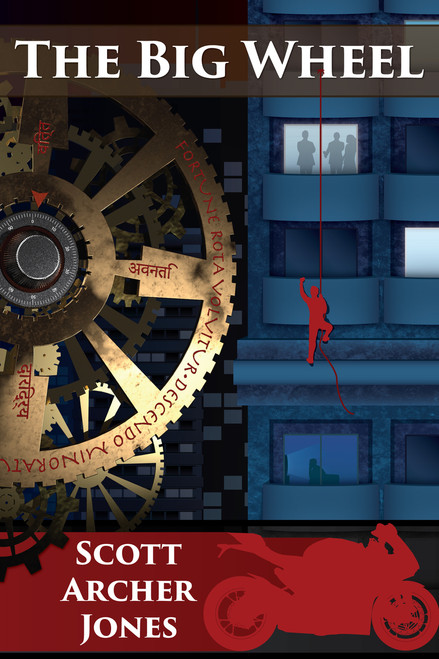 A futurist, high-tech crime novel that takes us on a exhilirating ride in the year 2020.

Robko executes a seemingly impossible crime. He takes an item he did not expect to find. Now he must outrun multiple factions that will kill for what he has.

Robko Zlata is sprinting across America, on the run with a call girl–his ex-wife–on a hot red motorcycle. Robko is a thief, and he has stolen the wrong thing, a device that can guarantee immortality. His wrathful target, a corrupt billionaire politician, wants the world's greatest piece of technology back. Robko's new worst enemy unleashes his fortune and corporate security in unrelenting pursuit. “Golden Boy” Thomas Steward is asked to follow the money and uncover the thief with massive illegal surveillance. Thomas, morphing into his prey, becomes the most dangerous of hunters. But Thomas could die too. A gang of ex-mercenaries, good at killing, torture, and rape, are hot on the heels of Robko and Thomas. The thugs are ready to murder anyone who knows about the immortality device. Throw in the underground world of thieves and billionaires, drugs and punk clubs, five-star hotels and cheap motels, and Robko and Thomas are in for one hell of a crash.

The Greens And Cornbread Of Wakulla County

Staying Safe In an Unsafe World: A Guide for College Women eBook