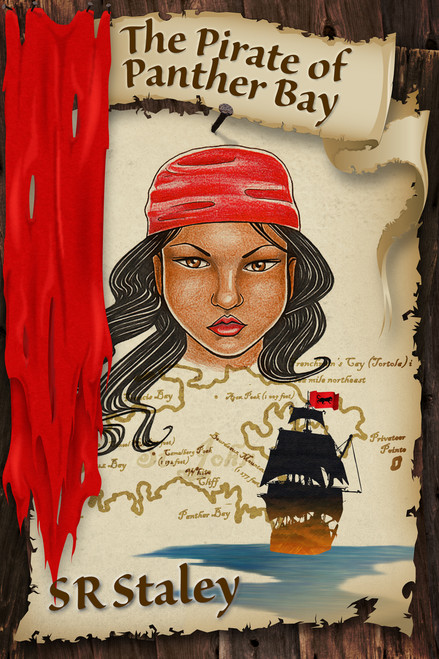 Isabella, an escaped slave, finds herself the captain of a pirate ship sailing the Caribbean in 1781.

Pirate hunters are determined to stop the Pirate of Panther Bay!

Isabella’s struggle to come to terms with the changes in her life become more difficult when Juan Carlos, a dashing Spanish Army captain, becomes her prisoner, and her unruly crew of male pirates is driven to mutiny. Juan Carlos, she discovers, is on a mission to capture her. Is he friend or foe? Could she possibly have feelings for a pirate hunter?

A swashbuckling tale of love, courage, betrayal, and leadership in the 18th century Caribbean.

A grand high-seas adventure…. The brilliant descriptive power of author SR Staley allows the reader to step back into bygone days and feel the intense emotions as the sword fights and cannon fire fuel the imagination.  (youngadultromancewriters.com)